Biography Of Tonde Gamer: Everything about Sarju Giri 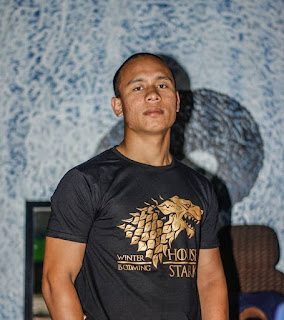 Nowadays online gamers are increasing day by day in the world. If we talk about Nepal, then we can find the same trend in Nepal too. From Nepal, we have already got some popular online gamers like Mr. Junior, 4K Gaming Nepal, etc. Among them here we are with another popular gamer Tonde Gamer Biography.
Tonde Gamer is one of the leading online streamers from Nepal. He mainly used to stream the live games on his YouTube channel, Tonde gamer. He is one of the most popular free fire players from Nepal who used to stream live videos in the Hindi Language.
If you are in confusion about whether Tonde Gamer is Indian or Nepali then you have to make it clear, he is Nepali. Tonde Gamer was born in Nepal and used to stream live videos from Nepal.

As being the son of a poor family, the child’s life of Tonde was not so good. In childhood, he used to spend the most time playing and roaming with his friends. During his childhood, he had done none impressive tasks for his family.
He said he used to play the games much during childhood. Besides gaming, he also used to spend a lot of time watching movies. Overall, the child life of Tonde was normal.
In terms of education, Gai Tonde was totally not interested. He didn’t use to pay attention to the study and learning. In short, he was not interested in reading books and spent time on study. Because of this, he could not present better in child education life.
With the change in time, he had improved his education life. For this reason and hard work, he could score the first position on the college exam. Although he had to stop his gaming passion for improving his education, he could gain his power. After getting a good ranking on the college exam, he got motivated again by the friends who used to play free fire.
The major reason to jump towards gaming after a year of an interval is to get and feel the happiness after scoring on the game. He used to get surprised after getting the reaction of his friends from the games. To know all why they get sad, happy with just a game? Again he carries the weapon of the fight for giving a new revolution on gaming. Do you know, Tonde Gamer is the second biggest online streamer (gaming) from Nepal. Also, he is one of the top gaming YouTube of India too. We have got many numbers of fans and followers on his streaming platform.
For fulfilling the wish and to board the audience, he joined YouTube on 2019 16th February. In recent times he used to upload/ stream the videos in the Nepali language. After a time he continues to stream the live gaming in the Hindi Language.
The major reason to stream in the Hindi Language is for making more engagement with the audience from WorldWide. For this reason, we have got subscribers from worldwide. Among them, most subscribers are from Nepal, India, Pakistan, Bangladesh, etc.
In the Live streaming, he used to play the Free Fire games and entertain the subscribers. On his YouTube channel about the section he had mentioned, they base this channel on the Garena Free Fire Live updates and streaming for free.
Channel Name: Tonde Gamer
Joined: 2019 Feb. 16
Subscribers: 2.9Million
Total Views: 29,40,00,000+

We have found almost all gamers are as passionate about gaming as others. Here also we have got the same thing on him. He has also been passionate about gaming since childhood. Although he had to stop his gaming in the middle time to continue the study, he got back into gaming.
Besides gaming, he used to watch movies. Yes, he used to spend his time watching movies after gaming.
For the relationship then we haven’t got such chemistry and information to mention.

In one interview, Tonde has given some inspiration points for new gamers like you. He said that the trouble that you face in your life is not real trouble, it’s an opportunity. The trouble of your life will be real trouble if you treat it as trouble. So, we limit the success for everyone, until that you have to wait and keep ongoing for the work.
This inspiration clears and shows the biggest way for every youngster. From his biography, all the people like you can understand that difficulties are the key to success in life. Finally, work hard, cry on unsuccess but never turn back from the journey.