Biography Of Dr Trishala Gurung: Everything About Trishala 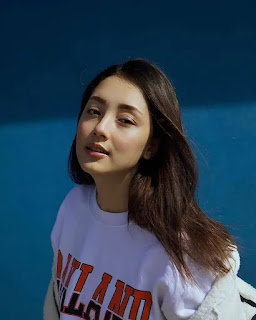 The successful doctor, a good singer who is getting millions of views on her YouTube videos and thousands of fan following on social platforms. She is a singer, doctor, writer, and beautiful young lady. In fact, she is different in terms of career. She seems an actress more than a singer and more than a doctor.
Here we are talking about a Multi-talented and beautiful angel, Mrs. Trishala Gurung. So, it’s time to know the Dr. Trishala Gurung Biography.
The lady who got popular day to day with her cover song “Sapana Bhaye Aankha Mah Aaune” is not other than Trishala. Well, she is also called as “Trisha” by her beloved ones. After a time she got a new identity that adds new identity words in front of her name, Dr.
The lady who looks beautiful as an Actress has already owned multiple identities towards the public. With her sweet voice and beautiful cover songs, she had owned thousands of fans following from different musical genres, languages, and regions.
Although she is beautiful as an actress her route is just towards the Music and Doctor profession. By singing cover songs in the original language she gives an identity towards an Indian musical/ singer too. As being from a reputed family the childhood of Dr. Trisha was good. She spent her previous life. She spent her childhood living with her family.
They used to live together with 4 members of the family. Among them, she had one elder brother right now who used to live in the UK with her father. As of now, she is living in Kathmandu with her mother.
An education degree up to District Level (8th class) was completed by Trishala Gurung from Dharan. After that, they shift towards the capital of Central Nepal, Kathmandu. After moving towards Kathmandu she resumed her study and now completed the MBBS (Doctor field study) from Reputed university/ hospital “Nepal Medical College”.
Also Read: Sujan Chapagain Biography As Morning shows the day, the childhood of Trisha showed the future to her. From childhood, she used to mutter the Spiritual Bhajan. As being a lady from Hindu culture she used to mutter the Bhajan with a sweet voice.
Her sweet voice was the key to being one of the successful cover singers these days. Although she was not aimed to be the singer in the future (these days/ present) she used to mutter her favorites and Bhajan.
Due to her sweet voice, her best friend recommended/ requested to send some clips of songs to her. As per the request she sent the songs to her friend who used to love the sweet voice of our Dr.Trishala Gurung.
After Instagram publicly she was requested to join. Finally, she shared the singing voice clip on her Insta story. Fortunately, that was the biggest turning point of her life.
With this, she used to be active on social platforms and then gained thousands of fan followers. Due to this, she sang cover songs from different genres and languages (Nepali, Hindi, and English).
The sweet voice along with sweet pre-made lyrics boosts the level of songs to the top. Finally, this was the key point to be well known as a beautiful cover singer. In fact, the beautiful face along with a sweet voice was the key thing for success.
By making leisure from her study she sang many cover songs and achieved millions of views. In 2016 her one video achieved 4M+ views that were a significant achievement at that time.
With an aim of making the identity by singing her own song she prepared the lyrics and sing herself. “Yo Mann” was her first official song in her life. Besides this, she had also song one Bhajan, Saraswati Vandana.

Some Top Songs of Trishala Gurung From childhood, she used to love singing bhajan. She mentioned she used to love dancing, singing, playing, and traveling. Besides this, she also used to be passionate on reading about the subject.
Although she is one the age of love, the attraction she is still single. She hadn’t provided any information regarding relationships and boyfriend in an interview.

Some Facts Of Dr Trishala Gurung

It’s rare to see such a lady having multi-talent. On every edge she is perfect. As we know to be likable for someone the beauty, sweet voice, suitable profession, popularity, age, and source are treated as compulsory.
In terms of all, they packed this aspect of our Doctor with all features. So, I feel happy to get such a lady in our nation. This is all about Trishala Gurung Biography.
Although she may face challenges in her life to manage these all I hope for her progressive and happy life. Also, I recommend Dr Trishala Gurung to keep on believing in God to kill up challenges and start a refreshment in every difficulty.
February 10, 2022