4K Gaming Nepal or Pawan Jung Shahi Thakuri is one of the most and the first popular gamers in Nepal. Check out 4k Gaming Nepal biography. He contributed and grabbed thousands of Nepali gamer lovers and gamers. It is really a great point in his life. 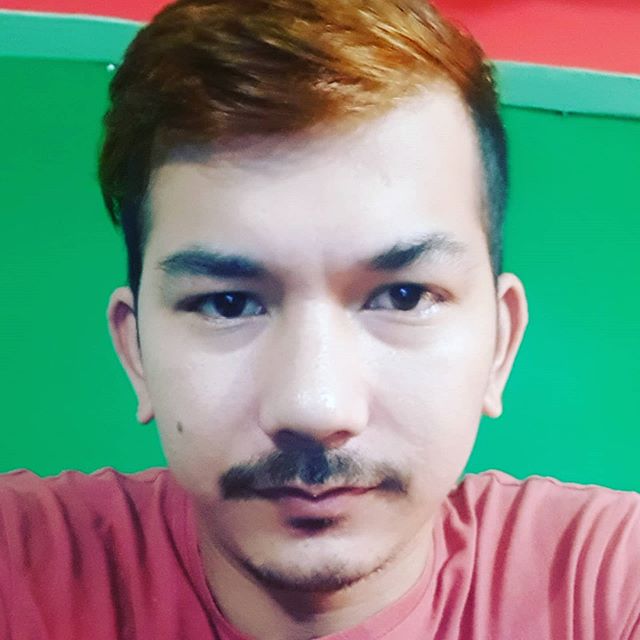 The Guy who was born in the lap of Surkhet is shifting in the heart of many Nepali gamers. He was born in the month of March 31st of the year 1994 as per the English date. If we convert the date in Nepal then he was born on the 18th Chaitra of 2050 BS on the day of Thursday.

As per the rare information we can find that he was interested in gaming since childhood. But the thing is that at that time he used to passionate about outdoor games. At that time there is no development of technology like now. So, he uses to think about gaming to enjoy and spent his childhood time.

Coming to the family we can find altogether 4 members. Beside him, he had a beautiful wife named Laxmi Shahi Thakuri, His father, and his mother. The family background of 4K Gaming Nepal was not financially strong as of now. Gaming and YouTube is the only way to get an income for his family. As per him now the whole family condition as well as compared to before.

He believes in a small family as a happy family.

He uses to work as a teacher in his carrier. At the age of 17, he used to teach small kids in the school and academy. After that with the dream to get uplift in life he started to join the Korean language class. Luckily he got passed on the exam and finally moves to Korea where he spends his life’s more than 5 years there.

Since childhood, Pawan was enthusiastic about gaming. Due to this, he used to work and take an interest in gaming in Korea’s life too. In his five years of life in Korea, he spends his last 6 months in gaming and lives streaming.

For gaming, he sacrificed his job and come back to Nepal due to some problems related to finances. As per 4K Gaming Nepal, he used to pay the room rent of around 50 Thousand Nepali. So, we can think that it is really difficult to pay much higher rent for many of us. That’s why he has to face problems in Korea.

Although he has to face many problems in Korea he never stops live streaming and gaming. He uses to update on the Streaming day today.

At that time he got a contribution from the different skimmers. As per him, many gamers gave him time to grow followers and fans. In every circle, the gamers played a vital role in growing the followers and subscribers of Pawan Jung.

Today date, he also spent his time gaming and streaming to grow fans and followers. He is earning well from live streaming and supporting the family. So, finally, he is one of the most popular and successful gamers and live streamers in Nepal.

He is popular and had already grabbed more than 1M+ Subscribers on his YouTube channel. YouTube is one of the biggest platforms that helps in uplifting 4K Gaming Nepal Financially and Publicly.

And now he is also treated as the first Nepali popular gamer. Kanda Short Gaming Clip is one of the best clips that help to make him popular with the audience.4k gaming nepal monthly income is about 50K to 1.5 Lakhs monthly.

After coming back to Nepal he started his passion again and this time he aims to turn passion into profit by creating and growing the YouTube channel. Well, at that time she got married to a beautiful girl name Laxmee Shahi Thakuri.

He is the husband of Mrs. Laxmee Shahi Thakuri and spending their life happily.

You also can find the activeness of Nepali Gamer 4K Gaming Nepal on Instagram and Facebook too.

Some Facts Of 4K Gaming Nepal

What is the real name of 4K Gaming Nepal?

4K is a married man. He had a wife name Laxmme Shahi Thakuri and spending their life together.

What is the height of 4K Gaming Nepal(Pawan Jung Shahi Thakuri)?

What is the age of 4K Gaming Nepal or Pawan Jung Shahi Thakuri?

Is 4K Gaming Nepal the first online gamers in Nepal?

Pawan is also popular for his skills and contribution to the live streaming of games. He used to stream the games online with the Nepali audience and really an expert in gaming. So, why he is also called 4K Gaming Nepal.

Although he had to face many problems in his life he never stopped in his passion. He uses to follow what he liked so finally he got success and earned his name and game in front of the Nepali audience. That’s why We can learn that To turn passion into profit is one of the biggest achievements of human life.

At last, I wanna say “Hamro 4K Ramro 4K“. Comment below if you are also a fan of 4K Gaming Nepal.