Saugat Malla is a Nepalese actor, Producer & dancer also. He is a brilliant actor in Nepal. You can easily see his acting skill in some movies like loot, loot 2. Check out superhero Saugat Malla biography. 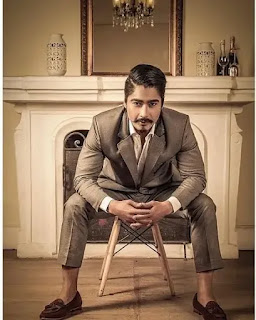 Saugat Malla doesn’t have a certificate of degree because he has some interest in acting. When Saugat Malla completed his SLC examination. Then Saugat Malla joined the acting school which is Aarohan Gurukul Drama School in Kathmandu to start a journey on a film career. He didn’t join any higher education college to continue her study because he doesn’t want to study at his time.

Saugat Malla already plays a different role in movies and Saugat Malla role in all-time hit movies. If Saugat Malla plays in any movie then the movie is going to be viral and earn lots of money with his movie. He is already done with +17 movies at this time.

Saugat Malla debut movie is kagbeni this movie is directed by Bhushan Dahal. Saugat Malla’s all-time hit movies are Loot, Loot 2, Kabaddi Kabaddi, Fateko Jutta, Lukamari, Dying Candle, and others. If I talk about Saugat Malla’s earnings then he earned normally 8 to 13 lakh per movie in 2020. Saugat Malla’s total net worth in 2020 is around 50 – 60 lakhs.

Some Facts About Saugat Malla

What is the age of Saugat Malla?

What is the height of Saugat Malla?

The Nepali best actor Saugat Malla’s height is 5 feet 7 inches. Saugat Malla gets many fans with Nepali movies now all Nepali people love him in the Nepali film industry.

Who is Saugat Malla wife?

Saugat Malla is still unmarried but he got one of the famous and popular actresses, Shristi Shrestha, as Saugat Malla’s girlfriend.

I hope you will love the biography of Saugat Malla and this biography may help you to remove your doubts about Saugat Malla’s life. I am really a big fan of Saugat Malla I try my best to give all information. Comment below what you wanted to add to our next post.