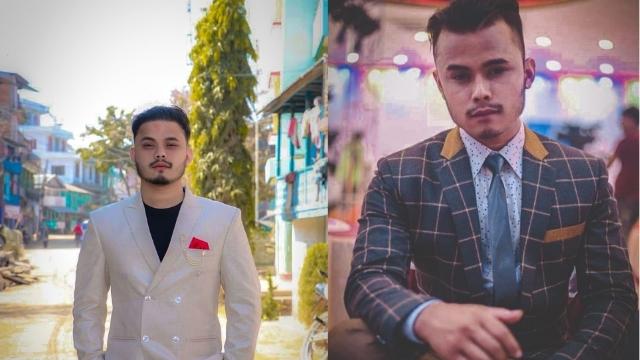 Cr7 Horaa is one of the rising live streamers and gamers. Within a short time, he collects thousands of youths’ time on his live video. He is a gamer and content creator from Morang. Here is the biography of Cr7 Horaa (Sanjan Gautam).

Over the last few years, the craze and trend of online games are high. People love to spend their time playing and streaming games online. In fact, live game streaming becomes the major trend to grab more friends. Here too, in the crowd of many live streamers, Cr7 Horaa is also for making passionate about his live stream. He is one of the rising content creators who started the journey a few months back. With the scope of rapid growth in Gaming, he joined the YouTube channel and get collecting a number of subscribers.

Besides his excellent gaming experience, he is also ahead in expressing the experience. He is loved by all the viewers of his inside comedy and expressions.

His real name is Sanjan Gautam from Morang and believes in Hinduism.

His childhood education of him was good. Until secondary level, he used to be the topper of the school. But after a time his educational interface was affected. From childhood, he used to have many friends due to this his concentration on education was down.

For this reason, he failed to continue studying. He completed High school in his home city. Currently, he leaves his study and is involved in other activities. He dropout his educational journey from here.

Sanjan Heights is 5 feet and 6 inches. Physically, his body is fit and slim. He is one of the new gamer and content creators with an extra energetic body. His weight is 60KG and his eyes with Black color.

Coming to hobbies then he loves Travelling, Streaming, and Modeling.

Although he was good at studying the situation and environment take him far away from concentration. Due to this his progress in his study was dim. That’s why he dropout the educational journey after +2. After +2 he was in search of an alternative way to create a carrier.

To create a carrier he decided to go to Japan but failed on it. Similarly, he also failed other exams and interviews for abroad processing. Due to a lot of trouble, he decided to create his own identity with his skills.

From the beginning, he was good at gaming. Also, he was the man to express things with ease. So, he started his live streaming. Within a short time, he gains thousands of subscribers.

He started his streaming journey on the 7th of March 2021. He is the man able to grab more than 100K subscribers on his YouTube channel within 4 months. He used to stream live PUBG Games with his subscribers.

Besides this, he has also Facebook Page with more than 25K Followers. He used to act on both platforms where he share the Live streaming of his content to his followers.

Cr7 Horaa Net Worth and Salaries

Cr7 Horaa has got the platform to make passive income in his life. Through live streaming, he made a way to earn money from home. He used to upload, stream and get active in streaming his content through which he can make an income.

Cr7 Horaa earns around 90K per month for YouTube and Live streaming.

Some Facts About Cr7 Horaa

Where Cr7 Horaa was born?

Does Cr7 Horaa have a girlfriend?

He is still single. He loves freedom, so regarding his relationship and affairs, we can’t find any information.

What is the age of Cr7 Horaa?

One of the popular young Nepali Gamer Cr7 Horaa age is 24 years old.

That’s all about Cr7 Horaa’s Biography. Here we include his height, age, weight, and personal details about him. He is one of my favorite gamers and streamer. Big fan Cr7 Horaa dai !!!