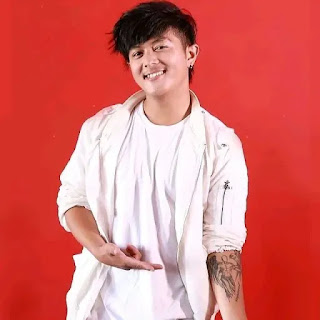 From the list of various online gaming stars and cover actors, we have got another face in Nepal. Here we are with Mr. Junior. He is one of the well-known men among the gamer and Nepali music video lovers. So, let’s come to know all about Mr. Junior Biography.
Nowadays streaming games over different platforms become a trend because of this we can find many people and creators are involved in creating and streaming live games on YouTube, Facebook, and other social platforms.
Besides this, it does not limit the contribution and working field of this boy to gaming, but also in the dancing field. We can find he has contributed over 20 cover videos till now. That’s the reason you all need to know about his lifestyle, age, height, and all about him.
Mr. Junior seems to be active in streaming the games, especially he plays pubg and freefire. Besides pubg he also plays Minecraft and also GTA V and a lot of games. He had played the games with the different stars of Nepal. Among them, Nischal Basnet is one where he had streamed a whole hour episode with him.
In another part, he is also active in working on the cover videos. Because of his talent in dancing, he is being loved by many Nepali music video lovers. Also, he had his own dancing group/team like Catoonz Crew.

He was born on the 28th August 1998 in the clean green city of Nepal, Pokhara. In his childhood life, he used to be a salient boy. Also, the education of her was average. The history of gaming by Mr. Junior is not so old. Although his journey towards gaming and streaming is not so old, we can get that he had owned several lovers and fans following in a short time.
He had streamed several games on his official YouTube channel. Not only that, he is one of the most and fastest-growing YouTubers and online streamers of Nepal.
Also Read: 4K Gaming Nepal Biography

Mr. Junior as a Dancer As we have already mentioned that it does not limit his contribution and working field to online game streaming. Besides this, he had also contributed a lot of cover videos to the Nepali audience. Yes, he is the man who had covered more than 20 Popular Music videos.

Mr. Junior is fully passionate about gaming. So why he is more active in gaming. Gaming is the part of his life because of this he is working and mostly gaming.
Also, he was active in dancing. He is the Leader at Kristal Klwas Dance Crew. As being dancing also another hobby he is contributing to the Nepal Music Videos. Over 20 Cover Music Videos results from this.
In terms of relationship, he is still single. He had planned no such decision regarding the marriage. He has enough time for discussing this matter.

He had got several fans following in this social platform. Mainly, he is active in his YouTube channel where he had already crossed over 2 Lakhs fan following subscribers in a short time.
He had joined the YouTube Platform on 2020 5th January, where he titled the Channel Name “Mr. Junior”.

Some Facts Of Mr. Junior

From the crowd of numbers of online streamers and cover dance, we have got another notable name, Mr. Junior. So, it’s another boy from Nepal who is contributing to the Nepali gaming community, nation, and Nepali music videos.
If you are also a fan of Mr.Junior (RagoGang) then comment below. Also, suggest below in comment if I left something in Mr.Junior biography.
Share
Facebook
Twitter
Pinterest
WhatsApp
Previous article
Jassita Gurung Biography, Age, Height, Relation, Movies
Next article
Sujan Chapagain Biography, Wiki, Age, Girlfriend