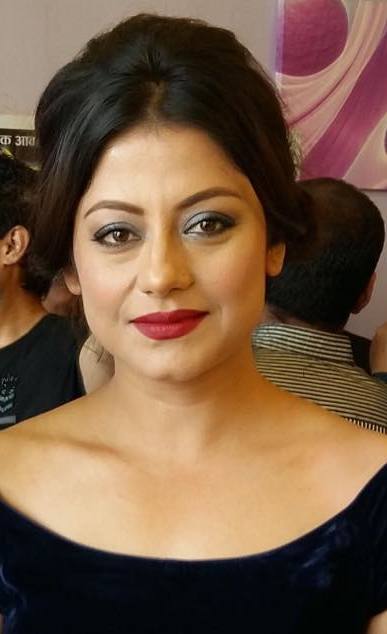 
Shweta is a well-known name in the Nepali film Industry. She’s an actress, producer, and entrepreneur. She’s well known for her personal life and movies. Shweta has made an outstanding contribution to the Nepali Film Industry with the massive blockbuster Shree Krishna Shrestha in the Past. We have prepared the Shweta Khadka Biography, Wiki, and Personal Life.

She started her film career as the lead actress in Kaha Bhetiyela. It’s one of the massive hit movies of that year—Shweta, as an actress and film producer, had given a new level in the Nepali film Industry.

The charming actress Shweta Khadka is well known for her movies like Kaha Bhetiyela, Kohinoor, and Kaanchi. She is a social worker and entrepreneur born on February 5, 1988, in Panauti Village, Kavrepalanchowk.

Similarly, She is a founder of the Shweta Shree Foundation, a non-profit organization. She was involved in multiple businesses and organizations before her film career. Currently, she’s active in her film career and entrepreneurial activities.

She has made a good name as a social service with her non-profit organization, Shweta Shree Foundation. Married to Shree Krishna Shrestha, she had done her second married to Bijayandra Singh in 2022. currently, she’s living her happy married life with him.

Later on, she moved to Kathmandu for higher education. Here she joined a TU and completed an Engineering. Finally, she completed the Engineering and became the MD of MRS & Engineering.

Regarding acting, she was not interested in acting in the child. She doesn’t like working much, but when she moved to Kathmandu, she got an offer to play in a movie in collaboration with the Late actor Shree Krishna Shrestha.

Although she neglects the proposal for the movie to her family’s desire, she later agrees to play the movie after requesting the proposal for her parents. We loved her for acting in the film. Luckily, she was able to give her best and loved by the Nepali audience for her first movie, Kaha Bhetiyela.

After the success and positive response from the audience, she got several offers to play in the movie. Later, she played in movies like Hasi Deu Ek Fera, Shreemaan Shreemati, Kohinoor, etc.

Commercially, the movie was unsuccessful, but she got a way to survive in the Nepali film Industry. The last film with Shree Krishna Shrestha, Kohinoor, was her life’s most significant turning point.

Later in 2018, she returned with the next film Kaanchi with Daya Hang Rai. The film has done good at the box office and got a positive review. It was another debut in Shweta’s Life after all these events in her life.

Right now, she has produced the next project titled, Hello Jindagi. The movie is planning to be shoot in the UK.

Besides an acting and film producer Shweta is also an Entrepreneur and Engineer. Recently, she used to have joint ownership of Planet Kollywood and Hotel Indreni with the Late Shree Krishna Shrestha.

Biography of Shweta Khadka, she made her name to the public as a Social Worker too. Besides acting and business, she has a keen interest in social activities. To help and support the people, she founded the Shweta Shree Foundation. She used to work in favor of underprivileged and ultra-poor people in the country with her Foundation. To minimize the crisis, she contributed a lot to the earthquake victim in 2017 in the name of Shree Krishna Shrestha.

Similarly, as an Investor, she had joined hands with many Businesses in Nepal. She has invested in various businesses till now. In 2017, she invested in Ultimodeal Online Shopping Pvt. Ltd to emerge the new revolution in eCommerce business in Nepal. Right now, she is the chairman of Ultimodeal company.

Shweta Khadka as a Politician

She joined the Political party to contribute to the nation and suporting to the poor and backward society. With certain beliefs, she allied her hand with the Leading Political Party of Nepal, the Nepali Congress.

Shweta Khadka and Her Family

Later on 2020 December 7, she had done her second marriage to Bijayendra Singh Rawat. Shweta got married to Bijayendra from Dhangadhi. They used to love each other for some time and later tight the knot forever on December 7 at Gokarna Forest Resort.

Shweta Net Worth and Awards

In her career, she has played a limited number of movies. But we loved her for her acting and charming face and roles in the film. She started her career with the Movie Kaha Bhetiyela. As the movie was a commercially hit, she got a new way to grow in the Nepali film industry. She made a good income from these few movies.

Besides the movie, her primary income source is business. She used to make a good income from her business, as being an owner, partner, and professional of different companies, she had gained an excellent net worth.

Approximately her net worth as of 2022 is around three crores NPR. She had invested her all worth on different side businesses and other projects.

Regarding awards, she received some recognition for her acting. Shweta won the National Film Award for Best Actress as her debut for the movie Kaha Bhetiyela. Later, she also won the Popular Actress Award in 2014 for the movie Kohinoor.

How old is Shweta Khadka?

Shweta Khadka is 34 years as of now.

When was Sweta Khadka born?

She was born in 1988 in Kaverpalanchowk.

What is the husband’s name of Shweta Khadka?

Bijyayendra Singh Rawat is the second husband of Shweta Khadka.

The age of Bijyendra Singh is N/A.

What is the age difference between Sweta khadka and her husband?

The age difference between Shweta and her husband is N/A Years.

Shweta Khadka is a charming Lady who has worte her destination in different sectors. Besides being an actress and producer, she’s a good entrepreneur. Similarly, she’s a kind-hearted lady who started the Foundation to aid the country’s poor people.

From this Shweta Khadka Biography, we have included her personal life, struggle story, family, married life, profession, and all.