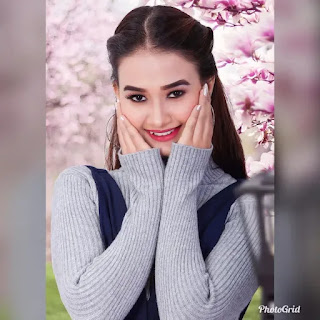 Youtube is a very big social media platform that has given huge opportunities to many creative and talented people, and Sunisha Bajagain is one of them.

She is giving continuously hit songs and being successful at reaching peoples’ hearts. However, she is one of the struggling creators and models.

In this biography of Sunisha Bajagain, we have already mentioned that YouTube is a platform for everyone to give an identity to their talents. This is the reason she has got so much popularity and fame. Sunisha Bajagain the stunning model and actress was born in Itahari which is in Nepal. She was raised by her parents in her birthplace.

She did her bachelor’s degree at BMC international college. Later she did not pursue her master’s degree rather she went to follow her dreams and take a chance in modeling.

She is an actress, model, and dancer. She was a volunteer and member at GEA Discover Yourself. She is working as a freelancer actor as well. She can speak both NEPALI and ENGLISH languages fluently.

She was known by many after being the lead actress at Colleges Nepal. When she entered College in Nepal her career got kickstart. Shortly after she grabbed the attention of Nepalese people and earned fame and money thereafter.

Her famous music videos are Ful Butte Choli, Bhagera Bhageri, and Ghar Ma Kohi Nahuda. She always says her family has supported her in her career. The foremost source of inspiration is her family.

She has been doing music videos on the most trending songs in Nepal. Her songs get into trending in TikTok especially. It is estimated that her monthly income is  Rupees 2 to 4 lakh per month. She loves to read books and she seems interested in traveling too. She shares her traveling diaries on her Instagram account. Dancing also comes at her one of the hobbies.

She regularly posts her amazing dancing videos on TikTok. We can say that she loves exploring new things and places. Talking about relationships, she is not too open about her personal life. She has not revealed her relationship status as of now. But once she had said in an interview that she had been in a relationship for 4 years and later she got a breakup. Most of her audience guess that she might have a secret relationship. But she denies this and says she is single.

Sunisha Bajagain is a model and actress. she is one of the lead characters at collages Nepal. she has 8.2k followers on Instagram as of now (2021). She does music videos too and her performance is loved by the Nepalese audience.

Talking about Tiktok, her account name is @sunisha0211. She uploads lip-sync and dance videos on her TikTok account.

She works as a freelancer actress that’s why she doesn’t have her own Youtube channel. But her music videos are loved by the audience and get over 100k likes on Youtube.

Some Facts Of Sunisha Bajagain

Sunisha Bajagain is one of the young and talented ladies who is working hard in order to make a golden name in the acting industry.

She grabbed most audience’s attention in such a short period of time. We wish her a bright future ahead.

This is all about Sunisha Bajagain biography, comment below if we left anything about our suni.