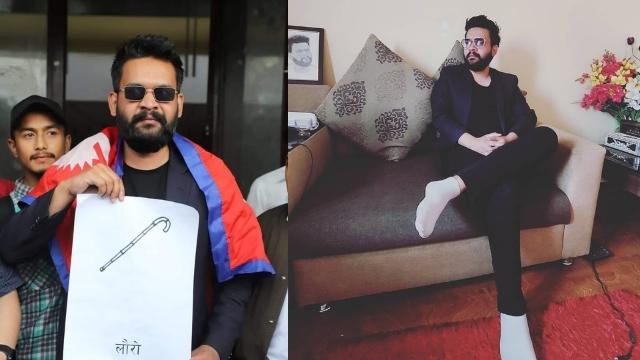 Balen Shah is the mayor of Kathmandu Metropolitan City. He is a man with versatility and talent with a deed. Check out Balen Shah Biography and more details about him.

He is a very popular ‘Hip-hop‘ and freestyle singer. He took place in the heart of people by doing a good job and welfare for the people. So everyone supports him with his wondrous works. He got success in the field of Rap industries for his freestyle in Battle raps, i.e., Raw-Barz.

He is also the winner of the second season of Raw – Barz (A Nepali Rap Battle League). He got popular/highlighted after winning a battle against Litl Grizl with 13 Rebuttals and multi-syllable rhymes in a freestyle.

The Real Name of Balen Shah is Balendra Shah. As per the information, Balen is a Rapper, Music Composer, Lyricist, Video Director, Scripteritter, Social Activist, Civil Engineer, and Structural Engineer.

An artist who has been started his passion at a young age. Generally, he used to write lyrics and record the songs, then post/share them on his social sites, i.e., such as YouTube, Facebook, Instagram, and others sites. The social sites help him spread his songs/lyrics to thousands of users.

He is a successful Rapper in the Nepali Rap Musical industry. He is an active youngster with the mindset of leading the nation with his intellectual abilities and strategies. He had made a crowd in the Nepali Rap musical industry with his popular Rap songs Gaita Badhyo, Marpha ko Madhira, Temi Phool, Oa Buda, Man Yo Udyog, Local Thito, Hande Hande, etc. He had started to record Rap Songs after winning the Raw Barz.

Basically, He used to prefer poetry and Lyrical Rap songs. He is a very hard-working, concentrated handsome, good looking, and intelligent person. He used to start his artistic life after winning Raw Battle.

Talking about the Balen Shah family, he is the son of Veteran Ayurvedic doctors Dr. Ram Narayan Shah and Dhurva Devi Shah. He has not been married till now.

As of 2022, he is running on the 32nd of his age. He was born on the 27th of April 1990. He was born in Gairigaun, Tinkune, Kathmandu, Nepal. His childhood of Balen was spent in Kathmandu. Currently, he lives in Kathmandu.

As we know about the Physical information, the Balen is about 70-75 kg in weight and 1.65M (5 feet 5 inches) in height. Moreover, he has maintained his body well. Physically, he is not so fat and well-maintained body.

He is a very handsome and good looking singer compared to others. Many female fans are impressed by him and his songs too. Talking about his hair color, it’s black, and his eye colour is Dark Brown.

When we talk about his relationship and his marital status then it is stated that he is married. Coming to his hobbies then, he Rap, Singing, Cricket, Music, Politics, Travelling, and Writing.

Balen Shah is the Independent candidate for the Mayor post of Kathmandu Metropolitan City in the upcoming Local Election of 2022. So, this is the main reason for controversies among the Balen Shah these days.

Balen shah started his artist life after winning the Second Season of Raw Barz (A Nepali Rap Battle League). He is currently working as Structural Engineer and Project Manager at platinum Develops). He started writing lyrics and recording his rap songs/videos after winning the Battle.

After that, many youths and people began to love and support him. Many got inspired by him and started to do the same as the Balen had done. From the Biography of Balen Shah, it is clear that he is a brilliant and talented person. He is also known as a social Activist person.

His professional and Artist journey is not so arduous because of his excellent family background. He loves the hip singing profession more than his engineering profession.

He is a very active and energetic guy to uploads many pictures on his social media sites.

Balen Shah Net Worth and Salaries

Balen Shah has accumulated a considerable amount of Net worth from his successful Career. However, according to the source, Balen shah’s net worth is under review as of 2022. His income is not yet fixed as he has a lot of heads.

Some Facts About Balen Shah

Where Balen Shah was born?

The birthplace of Balen Shah is Kathmandu.

When we talk about his relationship and his marital status then it is stated that he is married, and he married Sabina Kafle.

What is the age of Balen Shah?

One of the popular successful Rapper Balen Shah age is 32 years old.

That’s all about Balen Shah Biography. Here we include his height, age, weight, and personal details.