Biography Of Sunita Dangol: Everything About Deputy Mayor 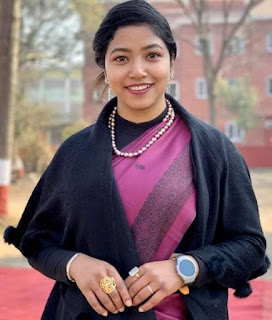 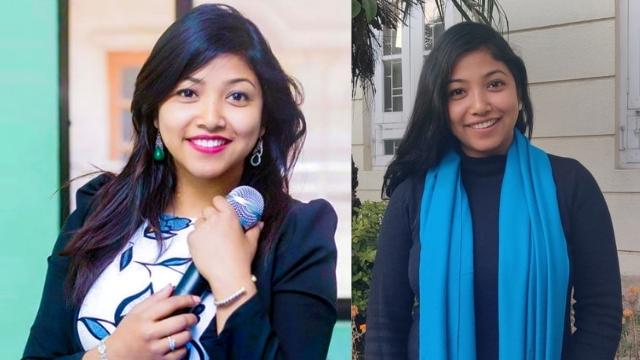 She already has a well-known personality, and people have been curious about her, that’s the entire Nepali is looking for the Biography of Sunita Dangol. Sunita is a beautiful, talented activist and media person. Currently, the CPN-UML party has been elected as Deputy Mayor of Kathmandu Metropolitan City.

She was a goal-determined lady from the Newari community of Kathmandu, Nepal. She is 29 years old as of 2022. She is a media professional, public speaker, and trainer working professionally since 2011.

She is a self-directed, dynamic, and visionary communication professional working for the Rajnana Lipi as a Nepali Indigenous Manuscript campaigner. She is also the co-founder of Callijatra and is also recognized as a professional EMCEE, a social work scholar.

She was a brilliant and very talented person. She used to work in many fields like communications, and recently she was involved in political parties, i.e., NCP-UML. She is also a communications professional and Ranjana script trainer, working toward promoting awareness of ancient scripts and one of the indigenous languages of Nepal.

Currently, she has focused on her political career. Sunita has stated that she will be a part of Nepalese politics soon in this ongoing political moment. She has started her political career as the candidate for Deputy Mayor of Kathmandu Metropolitan City in Nepal (Local Election).

She is also known as the “smile queen” She always appears happy and spreads positivity throughout the country. She is now well-known as a politician, freelance emcee, social activist, and social media personality, and she has been elected as Deputy Mayor of Kathmandu Metropolitan City. 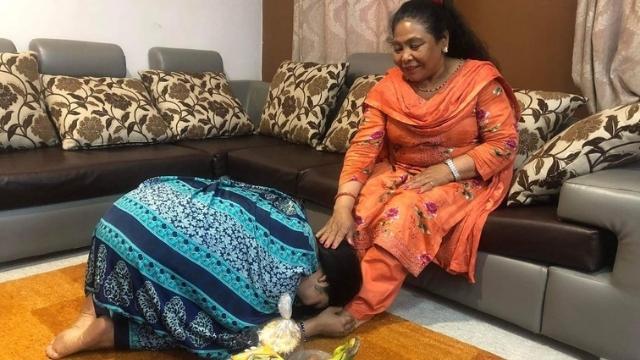 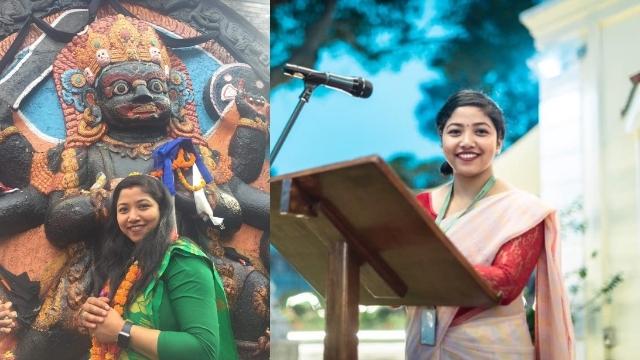 She was the topper of her class. She is an obedient, disciplined, and talented student at her school age.

She graduated from Laxmi Shikshya Sadan Higher Secondary School with a first-class degree. She then attended Kathmandu Model College for intermediate level and Tribhuvan Vishwavidalaya for master’s level communication. She is talented in every field, so she cannot quit studying. 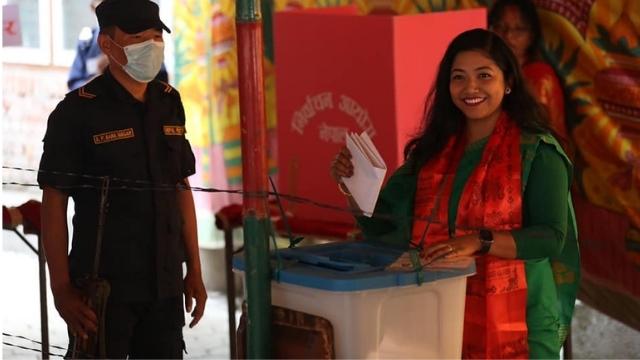 She used to attribute her positivity and curiosity to her goals ever since she was very young. She especially emphasizes her work on social welfare, the preservation of culture, etc.

Sunita Dangol is not married, according to the information provided. She is still single and currently lives in Kathmandu. She has been elected as the Deputy Mayor of Kathmandu Metropolitan City as a member of the CPN-UML party.

Let’s talk about the details of her professional career in YouTube Script video making in her language. She used to teach the Newari language through the help of her social media channel (YouTube), and her YouTube channel name is “Good Morning Nepal”.

Later on, she became well-known for her TEDx talk, and she is also a Tokyo presenter at Atypical 19. She has more than 5k followers on Instagram. She is the Deputy Mayor of Nepal, and her political party is the “Communist Party of Nepal” (Unified Marxist-Leninist, i.e., CPN-UML). 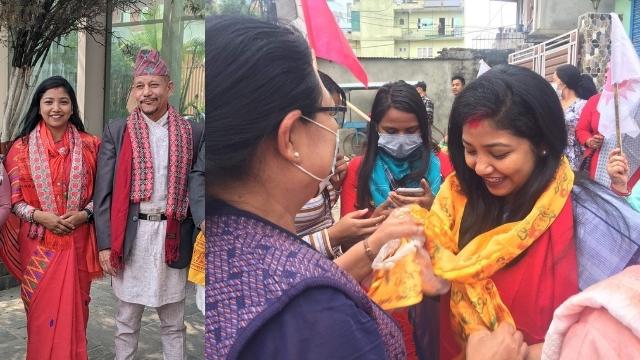 There is great controversy about Sunita Dangol. Many disputes have arisen around her. People brought up many questions; people were already questioning her for standing next to a person who had had numerous sexual misconduct cases filed against her.

She has been called out for faking her education qualifications to gain an appointment as an expert advisor to the planning commission. The suit also states that she was involved in corruption for five years throughout her work.

Sunita Dangol is from the Capital of Nepal, i.e. Kathmandu. She was born in 1993, and her birthplace is Kathmandu. As of 2022, she is 29 years old. Sunita Dangol Real Name is the same as it is.

She is a multi-talented person. She was born into a perfect family. As a result, she has been unable to confront the issue of money throughout her childhood journey to this point. After her studies, she used to work in various fields. Her educational background, Sunita, is solid.

She was the top student from the beginning of her education. She focused on her studies and started continuing toward graduation. After that, she started her political journey in 2022. She was first elected as a Deputy Mayor in Kathmandu by the CPN-UML party.

Now she is a very popular politician. She is also involved in Callijatra, and she is the company’s co-founder. She has been recognized as a professional EMCEE and a social work scholar.

She used to post/upload many photos and videos. She also shares her life events /moments on her social media sites.


Sunita Dangol Net Worth and Salaries

Talking about Sunita Dangol’s earnings or net worth, she has been working as a 6th level officer for 4 years in the city planning commission of Kathmandu. She earned more than 45,000 per month.

Besides this, she also works in other fields like providing different training, sponsorship, advertisements, etc., to make an alternative income. The yearly income of Sunita Dangol is approximately 5 million.

Her net worth is about 1 to 5 million per year.

Some Facts About Sunita Dangol

That’s all about Sunita Dangol’s Biography. Here we include her height, age, weight, and personal details. Merobiography team gives good luck to Sunita Dangol for the election.