Biography Of Ranz Kyle : Everything About Handsome Chocolaty Dancer 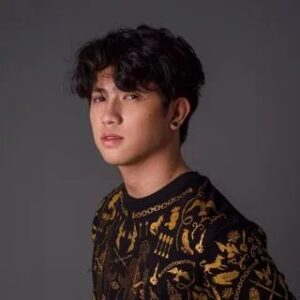 He is famous for his very gorgeous looks and hot dance moves with his half-sister Niana. He runs a youtube channel with his step-sister Niana Guerro.

Born in the Philippines, he has accumulated a huge sum of fan base from the whole world.

He has mostly young followers who like his taste in the fashion and the choices of his dress. Whenever he uploads a new video it becomes sensational on the internet all over the world.

Here we are with another artist who reveals his talent on the global stage and has to succeed to achieve huge fan followings. Let’s read out the biography of Ranz Kyle. 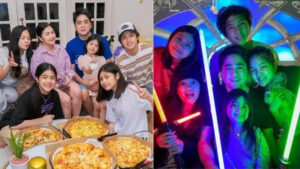 Ranz Kyle was born on May 6, 1997 to Mr. Lanz Ongsee and Elcid Evidenre. He was an amazing kid since his childhood. He used to be talkative and very active in his childhood.

He studied in Seed Montessori school in his hometown during his childhood. Then after he graduated from Don Boses Technical College, a technical college in  Mandaluyong, Philippines.

Although he graduated from a technical university he ended up being a dancer and YouTuber after his graduation.

Talking about his family, Ranz used to live with his mother 3 siblings, and step-father. His mother had married a second husband. He has 3 sisters one biological and two half-sisters.

He was fond of dancing from an early age. And at an early age, a video of him dancing got viral on the internet and after that, he never looked back and choose his hobby as his career. 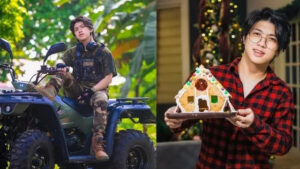 From an early age, he was very active and fond of dancing. At an age of 14, he posted a cover video on Chris Brown’s song ‘I should have kissed you on the internet and within a short span of time world knew his name.

After getting so much positive reaction from the audience his parents also supported him to achieve his dreams in the field of dancing. His father admitted him to a dancing school where he used to train after his school.

Later he opened his own youtube channel on his name ‘Ranz Kyle’ and started uploading dance covers. He is mostly famous for duo dance with his step-sister Niana.

He is also known as half part of the dance duo Ranz and Niana. Both of them have millions of followers on the internet. Later he also became a member of the Dance Troupe Chicser which is a famous dance club of Philipines.

In recent times he just doesn’t post only dance and choreography but makes content on challenges, pranks, tags, and vlogs also. This shows that he is a challenging person and a follower of trends. 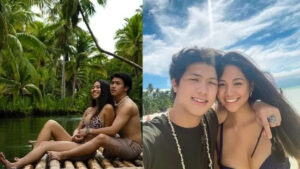 Ranz has hobbies of dancing, photography, modeling, traveling, and gym. He posts his traveling diaries on his Instagram regularly.

He also posts photos of his modeling on his Instagram. He also posts his dancing videos on TikTok also where he has millions of followers.

We can see the pictures of these two beautiful couples on Instagram. It is believed that they have been in a relationship for almost 3 years.

He has also a Facebook page where he posts the news of his videos. There he has over 13 million followers. He has the least followers on TikTok which is 2.2 million.

On his youtube, he uploads his music videos along with pranks, challenges, tags, and travel vlogs.

Some Facts Of Ranz Kyle

From Ranz Kyle, we tried to clear all doubts of his lifestyle. At an age of 14, he posted a cover video on Chris Brown’s song & his father admitted him to a dancing school where he used to train after his school.

Comment below if we missed anything in the Ranz Kyle biography.