Miruna Lisara Magar is a celebrity and actress in the most trending movies. Now she is in viral condition due to the controversy. She had slapped a lama on the civil mall hall. At the civil mall hall, actress Miruna Lisara Magar slapped a lama dai in the case of touch and harassment.

Furba Tamang a Monk was there in the civil mall for watching the movie. The hall was full of a crowd and Miruna Magar slapped that monk in case he had touched her in a bad way. She insulted him in a bad way in front of the public.

Now there are two parties in this case. They are:

Due to her aggressive behavior toward the lama dai, many people who are feminists and support women have great support saying she is right and what she had done is a great step for women’s empowerment.

Without any proof, many people are supporting her and many fans are also with her. In the interview, she told that the monk or lama dai touches her 3 times and at the last time he spank her and she slapped him.

There isn’t any proof that Lama Dai touches her. So these people are supported by seeing the interview of the Miruna Lisara Magar.

Lama Dai should get Justice

On this side, people are saying lama dai is innocent and Miruna Lisara Magar did this for the name and fame. Now, these people have seen a clip where there is another person touching her, and lama dai are far from her.

In my opinion, I don’t support both Miruna Magar and Lama Dai. I suggest the proper case study. And give justice to the victim. But some points I would like to say which is wrong while on this case. 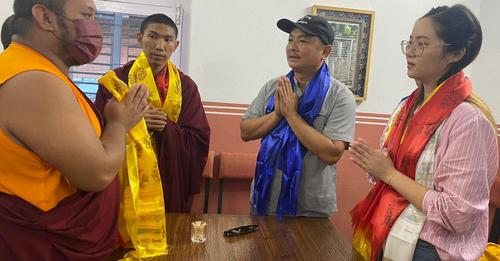 I think the police do the proper investigation of this case and have a proper justification for the victim.