Kushal Pokhrel Wiki: All About Kushal 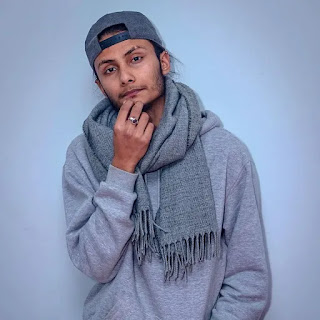 The fastest-growing entertainment niche in this world is not other than comedy. Comedy is one of the mass entertainment for every one of us. Because of this to contribute to the nation by entertaining we got another new face. Here we are talking about the Biography of Kushal Pokhrel.
Kushal Pokhrel is one of the rising memes and comedians of Nepali. He is contributing to the Nepali entertainment world since 2017. We can find a lot of videos to watch from him on YouTube channel.
Nowadays, the memes and clips of his videos are getting more views and shares. This is the key reason that makes him one of the rising comedians and Youtubers of Nepal. Kushal Pokhrel completed his academics from his home city. From childhood to the intermediate level he graduated from the Biratnagar school. After that, he shifts towards Australia where he had done a Bachelor’s degree from Australian Harbour Intl College. Overall, his educational carrier was good.
In terms of his child’s life, we can’t find enough information. Anyway, some information clears his childhood life was good. As being from a top-level family his childhood completed with kind remarks.
Also Read: Mr. Junior Biography Since childhood, he was quite a funny type of child. This is the reason we got the same effects and features on him. Because of this comedy nature, he had contributed a lot of videos that make people laugh.
Before getting on Youtube he used to perform some stand-up comedy shows. Attending such shows motivates him to get more success and popularity in this field.
With his hidden talent over comedy, he won the Title of Stand-Up comedian at Nepal Gasm. Finally, he joined YouTube and start uploading funny and comedy videos.
With the regular and mass entertainment from his Youtube videos, people knew him. Also, these days we can find a lot of memes and clips of his Youtube videos that show the popularity of the audiences.
Also Read: 4K Gaming Nepal Biography The hobbies of our super comedian diverge from others. Although his profession is to make funny and comedy videos, his hobbies are quite different. He loves to play volleyball much.
As more, he is also interested in photography. He spends the leisure time traveling and shoots photos. As more, he makes the vlogs. As far, we got he is also passionate about singing.
In points to the relationship, he is still single. Although he has thousands of ladies’ followers and subscribers on different platforms, he is still under moderation. It means he hasn’t exchanged the heart for love.

Some Facts Of Kushal Pokhrel

It’s rare to see the multi-talent people in the world. Luckily, we had time to see Kushal Pokhrel in the comedy world. He is one of the rising comedians from Nepal who is active on YouTube with the latest videos.
As being Nepali it’s our duty to grow Nepali entertainment. So, let’s join hands together and support the nation by entertainment part and wish for Kushal Pokhrel.
February 10, 2022